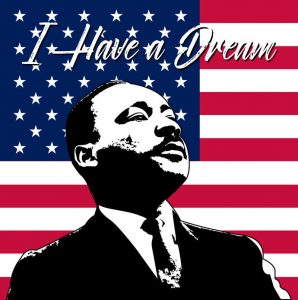 In honor of Martin Luther King Jr.’s American federal holiday marking his birthday, celebrated yesterday, I want to blog about one of the genius components of his famous “I Have a Dream” speech delivered in 1963 during the March on Washington for Jobs and Freedom.

He uses the Anaphora Effect exquisitely.

Definition of Anaphora: It’s the repetition of words at the start of successive clauses, phrases or sentences.

Why use Anaphora phrases? To create a rhythm, heighten emotion, and add emphasis to make the message easier to remember.

You might have learned in your English writing classes to not repeat words too often in written form. It depends. Using a catchy phrase can enhance your email or Chairman’s Report.

Your Speak For Yourself® challenge: use the Anaphora Effect digitally, informally and in formal presentations to create more buy-in.

© Karen Cortell Reisman, M.S., author of 3 books and President of Speak For Yourself®, works with decision makers on how to speak with gravitas. It’s all in how you speak for yourself. Karen also speaks about her cousin, Albert Einstein, in a message about hope, resilience and brassieres.