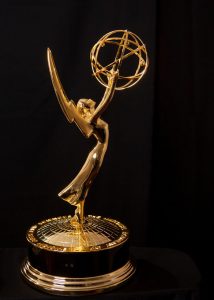 The trailblazer of interviewing, who won 12 Emmy awards over a 5-decade career, teaches us 3 master lessons on how to leverage any conversation to your advantage.

“Barbara Walters’s superpower was fairness”, writes Matt Zoller Seitz (critic & writer for Vulture and New York). He continues, “Her subjects trusted her to give them as fair a shake as she could, even if she disapproved of what they did, said, or stood for.”

She exemplified an open mind and the ability to listen to the nuance of any situation.

“Barbara Walters, in my estimation, really has the quality of reaching through to the person,” Mike Wallace said. “She will put the person sufficiently at ease and it’s a remarkable gift.”

Looking at her interviews from every U.S. president and first lady from the Nixons to the Obamas to a wide range of celebrities and sports figures she creates rapport through her content and delivery.

They said yes to her when they wouldn’t say yes to anyone else because they liked the atmosphere Walters created onscreen.

Trust requires these three components working together: trust in yourself, trust in the process, and do your homework.

Walters nails this triad. And THEN she goes after the tough questions!

Ok – she also plays into the subject’s ego. She usually gave three compliments, and then went in for the kill.

Barbara Walters, who died recently at the age of 93, left a legacy about how to set the stage for a meaningful dialogue.